Can you think of anything more important than saving someone from dying?

Watch how God is saving lives.

Can you think of anything more important than saving someone from dying?

At LoveServes, we get to be part of God’s work of saving lives—not only the physical but also their souls for all eternity. God is saving lives from drug addicts, children being trafficked, and women being abused. Read more about a one-legged madman whom God used to save a life.

This story starts with a young Dominican named Luis Rodriguez whose mother left to escape the abuse of his father. His situation at home, with an alcoholic father and no mother to nurture him, got so bad that Luis hit the streets. He became a class-A drug dealer and leader of the most dangerous gang in Bonao. After suffering a mental breakdown and attempting suicide, Luis was taken in by the Church Primitiva and turned his life over to Christ. He met his wife, Marioli, at church and graduated as an electrician through the technical ministry.

One evening, while Luis and his new bride were eating in a restaurant, they saw something frightful. Just outside the restaurant was Hipolito, a one-legged drug addict, with a bottle of rum in one hand and a machete in the other, demanding food from a street vendor. Luis risked everything when he approached Hipolito and began to share how Jesus loved him. Love him? Hipolito was a self-proclaimed madman who was wanted by the police, never bathed, and spent his days hopping on one leg, starting fights and threatening with his machete anyone who got in his way. 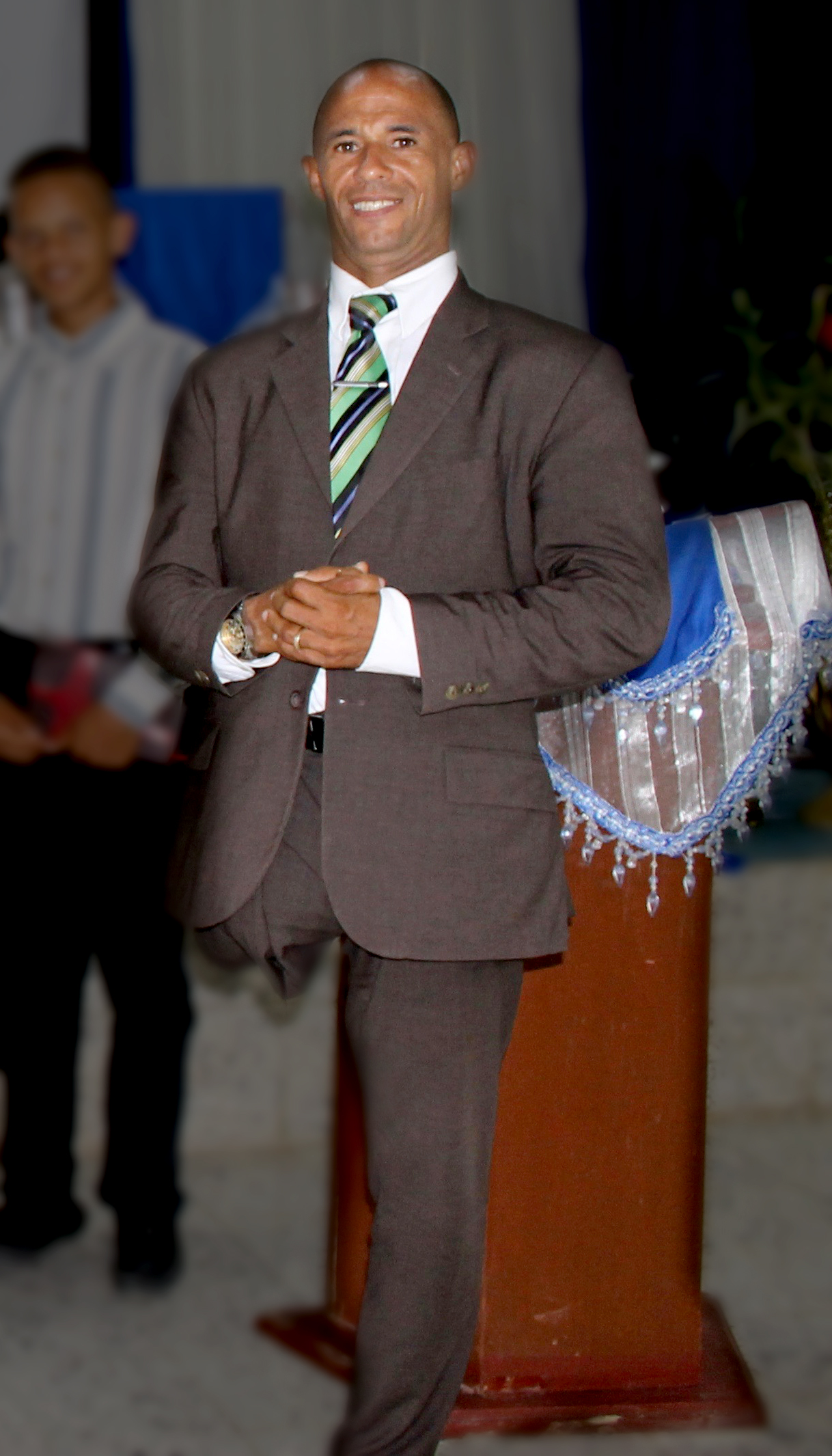 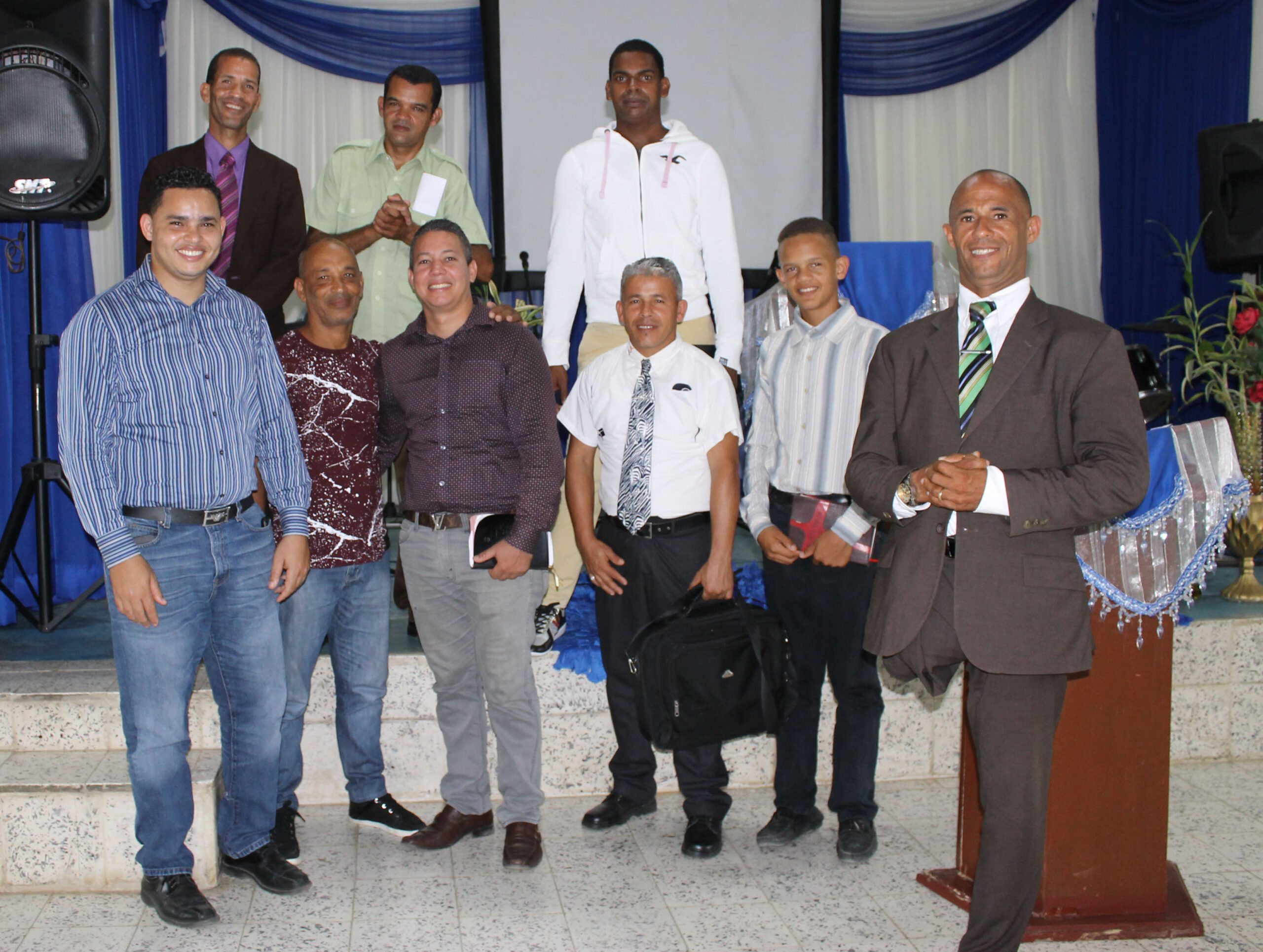 Luis Rodriguez in blue shirt and Hipolito on far right

But that’s not even the best part of this story of transformation and redemption. Marioli became very sick. Tests revealed both kidneys were failing, and she had to be put on dialysis. Although several family members offered to donate a kidney, no one was a match. One night during prayer in church, Hipolito stood on his one leg and told Marioli that he wanted to give her a kidney if she would accept it. To everyone’s surprise, he proved to be a perfect match for a transplant! Hipolito says of Marioli, “She gave me life through Christ, and Christ gave her life through me.” Today Hipolito is a powerful minister of the Gospel and shares how this young couple showed him the love of Jesus and his life was transformed forever.

This story is about two families out of thousands that have been transformed already this year! We are seeking an army of like-minded people who are passionate about seeing thousands more families changed.

As we yearn to experience God, it makes sense to look for where God is already at work. When we join Him there, we have an opportunity to experience Him AND have kingdom-sized impact. God is working through LoveServes to develop healthy churches that love God and love people (Luke 10:27), God is already using this model to transform communities from the inside-out! He invites us – you and me – to be part of it!

Because of YOUR generous support of LoveServes, 2,904 pastors have had a LoveServes coach walk beside them to equip their church members to love God, love their neighbor and serve the least of these (Ephesians 4:12). Because of your generous support, churches in the D.R. lived out their LoveServes training and Jose Rafael is one of many stories of the fruits of our efforts. God worked through YOU so He could work through these churches to impact their communities in love.